Law professor Mihailis Diamantis joins us for a lively discussion about why corporations get away with murder – or at least manslaughter – and what systemic changes need to be made to bring corporate criminals to justice. Then, Christopher Shaw, author of “First Class: The U.S. Postal Service, Democracy, and the Corporate Threat” explains how important it is to revive the U.S. Postal Service. 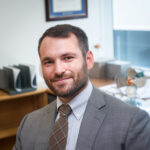 The fact is that corporate crime pays in the United States… The fact of the matter is that these [fines] which seem astronomical to us individuals are drops in the bucket when we’re talking about these massive corporate behemoths– the ones who are A. most likely to engage in this type of criminal conduct, and B. the most likely to get some of these sweetheart deals from the DOJ.

Boeing– a repeat offender who had entered into a settlement with the FAA just less than three years before its first 737 Max crash, over similar safety issues– got away from the DOJ without any oversight of the reform that it promised to implement… Instead, all that Boeing got away with, with the DOJ, was a promise to reform its compliance systems on its own, and then to submit annual reports to the Department of Justice (drafted by Boeing and their in-house attorneys…) to the DOJ. That’s just a promise to do better in the future. Boeing already violated the trust implicit in its Charter to conduct business in a lawful manner.

Manslaughter charges have been on the books for years. If you drive a car erratically, because you’re inebriated, down a road and you kill a pedestrian, you can be prosecuted and go to jail. Corporations can refuse to recall cars with lethal defects which result in death or injury, and they’re almost never prosecuted. And I don’t understand why some DAs do not use traditional manslaughter law… against these corporations or corporate executives.

Even when they do have a grand jury and they do come to a settlement [with large corporations like Boeing], it’s utterly trivial in terms of monetary bite. And also a lot of what Boeing’s paying for these disasters is insurable, deductible, and (under the strange nature of corporate accounting) in some respects depreciable. 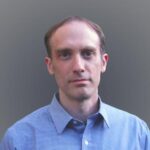 Christopher Shaw is an author, historian, and former project director at the Center for Study of Responsive Law. His latest book is First Class: The U.S. Postal Service, Democracy, and the Corporate Threat.

[The US Postal Service has a history of being] an agency that binds the nation together. That history of providing uniform, universal service to everybody on a democratic basis. Which is an affirmation of democratic ideals in this nation.

If we look at democracy, the post office (from the very beginning) the idea is: it’s going to transport communication. So, we’re going to have better educated citizens in this new experiment in republican government.

[The US Postal Service has] had a lot of financial problems. Which has everything to do with this mandate to pre-fund its retirees’ health benefits 75 years into the future, at the tune of $5.5 billion over 10 years, that no other government agency attempts to do, no other private corporation attempts to do. So that’s really responsible for maybe as much as 90% of the Postal Service’s financial losses.