Trump and Trade: What’s Going On?

How To End GMOs!

Ralph welcomes Duke University historian, Nancy MacLean, to discuss her book “Democracy in Chains: The Deep History of the Radical Right’s Stealth Plan for America,” which delves into the destructive “libertarian” ideology the Koch brothers fund to keep the minority in power. Also, Ralph talks to English professor, Tymofey Wowk, about his strategies for teaching students in the age of social media. 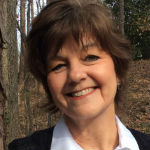 Nancy MacLean is a professor of history at Duke University and an award-winning scholar of the twentieth-century U.S., whose new book, “Democracy in Chains: The Deep History of the Radical Right’s Stealth Plan for America,” has been described by Publishers Weekly as “a thoroughly researched and gripping narrative and a feat of American intellectual and political history.”

“Only about 3% or 4% of the population – at the most  – identifies with libertarian thought. But, because of the money that the Koch donor network has and has been able to amass with their hundreds of other donors who have contributed to this, it is actually feasible for them to try to alter the course of our country.” Nancy MacLean, author of “Democracy in Chains: The Deep History of the Radical Right’s Stealth Plan for America.” 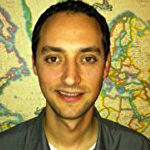 Tymofey Wowk is a faculty member of English language at Montgomery College. He also works at the University of Maryland Baltimore County, where he teaches freshman composition to ELL students. ELL stands for “English Language Learners – which is a class for students whose native language is not English. In addition, he is the co-author of “Making English Grammar Meaningful and Useful.”

“I had one student a couple years ago who was so bad on his phone. Every class like ten times I had to tell him to get off his phone. And then I asked him what he was doing. And he showed me his social media profile, and he had tens of thousands of followers and “likes” and I thought, “Wow, this is amazing.” So, I taught him about FOMO, the Fear Of Missing Out. And I actually had him find an article about it and write a paper about it. He loved it. He got to explore his own interaction with social media. So, that was a really positive thing.” Tymofey Wowk, professor of English at Montgomery Community College on teaching in the age of social media.