It’s Even Worse Than You Think

Real Terrorists/Solutions For the Homeless

Drones, Snowden & the State of the Union

Investigative journalist Pratap Chatterjee joins us for a deep dive into his graphic non-fiction book “Verax: The True History of Whistleblowers, Drone Warfare, and Mass Surveillance,” which reveals the dark underbelly of how the U.S. conducts the so-called War on Terror.  Also, Ralph deconstructs Donald Trump’s State of the Union address. 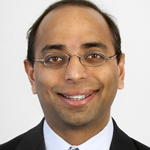 Pratap Chatterjee is an investigative journalist, producer and executive director of CorpWatch, an organization that works to promote environmental, social and human rights by holding multinational corporations accountable for their actions. Mr. Chatterjee has been a reporter with the Bureau of Investigative Journalism, based in London, and a senior fellow at the Centre for American Progress, based in Washington, DC. He is author of many books, including two on aspects of military contracting: Iraq, Inc and Halliburton’s Army. He is also the author of The Earth Brokers: Power Politics and World Development. His latest is a graphic novel illustrated by political cartoonist, Khalil Bendib , entitled Verax: The True History of Whistleblowers, Drone Warfare, and Mass Surveillance. which is backed up by a report entitled Drone Inc.

Typically… raw recruits are kids straight out of high school… they’re often working in the Western United States… in bases in Nevada, New Mexico, Arizona… where they work twelve hour shifts.  And it’s their job to watch somebody on the other side of the world… One of the people whose story I tell is a young woman named Heather Linebaugh… and she said she often would tell the commanders and the pilots that they were making a mistake… and what she said was nobody paid attention to her, and here’s the reason:  because she was nineteen, because she was straight out of high school, because she was at the bottom of the chain, the pilots, who typically graduated from college, twenty-five and older, the commanders, who might be in their forties, didn’t really take her opinion seriously. But here’s the rub.  She was actually the person who saw what happened day in and day out.  So even though she was the lowest person on that chain of command… she was the one who knew the most… She described to me… how she would literally go away and cry because she had felt like she had really sent somebody to their death without giving them the opportunity to find out if they were really guilty.” Pratap Chatterjee, author of “Verax: The True History of Whistleblowers, Drone Warfare, and Mass Surveillance.”