Ralph welcomes lawyer and advocate, Ugo Mattei, who tells us how he started a movement that successfully stopped Italy from privatizing its water supply. Plus, listener questions! 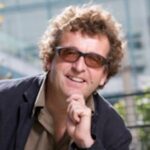 Professor Ugo Mattei is Distinguished Professor of International and Comparative Law at University of California, Hastings and at the University of Turin, Italy. He is a widely published scholar in economic and political aspects of law and his work has been translated into many languages. He masterminded, as lawyer and an activist, the Italian campaign against the privatization of water, which was successfully completed in June 2011 with a national referendum endorsing Professor Mattei’s plan to recognize water as a common. He is the co-author with Laura Nader of Plunder: When the Rule of Law is Illegal, and also authored The Turning Point in Private Law.

“People understand how important it is not to leave water in corporate hands. Giving water to corporations is putting ourselves literally and physically at the mercy of those monsters.”

Ugo Mattei, lawyer and activist who masterminded the Italian campaign against the privatization of water

Ugo Mattei, lawyer and activist who masterminded the Italian campaign against the privatization of water