What Good Is The Federal Reserve?

Ralph talks to Constitutional scholar and Senior Fox News Judicial Analyst, Andrew Napolitano, and former chief of staff to Secretary of State Colin Powell, Colonel Lawrence Wilkerson, about the legality and consequences of the assassination of Iranian General Qassim Suleimani. 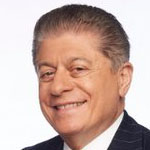 Judge Andrew Napolitano was a Superior Court Judge for the State of New Jersey from 1987 to 1995. He has also taught constitutional law and jurisprudence at Delaware Law School and Seton Hall Law School. Judge Napolitano now is in private practice and has been a Fox News Senior Judicial Analyst. He is the author of seven books on the U.S. Constitution, the most recent entitled Theodore and Woodrow: How Two American Presidents Destroyed Constitutional Freedom.

“Each American president from the Wilson period on up to the present has utilized the examples of their predecessors to increase their own power. In that respect, Donald Trump is no exception. He just is the present and most extreme utilizer of all of that power. It is dangerous to the concept of limited government. It is absolutely destructive to the rule of law. It’s dangerous to personal liberty. And if a person who happens to be president says, ‘I can do whatever I want under Article II,’ that person is utterly and totally unworthy of occupying the office.”
Judge Andrew Napolitano: Fox News Senior Judicial Analyst

“[Donald Trump] is someone who makes decisions very quickly with minimal information in front of him, then goes back to doing whatever he was doing before the decision time came to pass.”
Judge Andrew Napolitano: Fox News Senior Judicial Analyst and former friend of Donald Trump 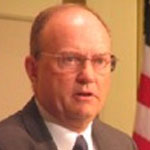 Lawrence Wilkerson is a retired U.S. Army colonel and former chief of staff to Secretary of State Colin Powell. He is the distinguished Adjunct Professor of Government and Public Policy at the college of William and Mary in Virginia.
During the course of his military service, Colonel Wilkerson was awarded the Distinguished Service Medal with Oak Leaf Cluster, the Legion of Merit, the Distinguished Flying Cross, and the Bronze Star among other awards and decorations. At the Department of State, he earned the Secretary’s Distinguished Service Award, as well as two Superior Honor Awards.

“Trump came to Washington to ‘drain the swamp’ supposedly. An alligator jumped out of that swamp, grabbed Trump by the throat and now has him in its total grasp. ‘The Blob’ wants war with Iran. And ‘The Blob’ led by Pompeo, Lindsey Graham, Esper and others is going to have that war come hell or high water.”
Colonel Lawrence Wilkerson: former chief of staff to Secretary of State, Colin Powell

“I’m given a slight degree of hope that the leadership in Iran being markedly smarter and more strategic in its thinking than the leadership in Washington, has made a decision that they’re going to respond not in an overly- escalatory way, but in a way that the international community will think is proportional.”
Colonel Lawrence Wilkerson: former chief of staff to Secretary of State, Colin Powell

“I don’t even know why the man I spent some twelve plus years with, Colin Powell, isn’t on the hustings, isn’t out doing what he did so well, for example, to sell the war with Iraq. It’s beyond me. These people don’t seem anymore to have a real fundamental interest in the course of this country. And my party, the Republican party is disgusting in that regard.”
Colonel Lawrence Wilkerson: former chief of staff to Secretary of State, Colin Powell