Ralph discusses the healthcare crisis and what to do about it with medical expert, Dr. John Geyman, based on his latest book “America’s Mighty Medical-Industrial Complex: Negative Impacts and Positive Solutions.” And disability advocate, Ralf Hotchkiss, joins to update us on the latest work he is doing with the remarkable company he founded, Whirlwind Wheelchair. Plus, Ralph pays tribute to the late Mike Gravel, gives a progress report on the Congress Club, and responds to listener comments about why the Democratic Party has trouble turning its activist energy into electoral and policy victories. 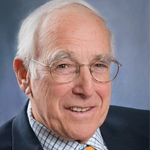 Dr. John Geyman is a physician and author. He has been a family physician in academic medicine for 21 years. For 13 years he practiced in rural communities. Dr. Geyman has served as president of Physicians for a National Health Program and is a member of the National Academy of Medicine. His latest book is America’s Mighty Medical-Industrial Complex: Negative Impacts and Positive Solutions.

We could build on the Affordable Care Act. We could bring forward some kind of a public option, which the Biden administration is also considering. Or we can go to a real system of universal coverage, Medicare for All, single-payer Medicare for all. The first two are politically easier, but they just don’t work. The Affordable Care Act, it’s 11 years now we’ve had that, it hasn’t contained cost at all. It’s allowed profiteering and an inefficient private insurance industry to be in place and profiteer. Healthcare is more unaffordable all the time, more inequities, very volatile. So, that’s no answer at all.

Medicare Advantage is not a good program. Private insurers make lots of money from it, but patients lose. To summarize how patients lose, the insurers cherry pick enrollees. They will often hold a recruitment meeting on a second or third floor of a building without an elevator. So people with any kind of mobility problem can’t get up there. They dis-enroll patients when they become sicker and less profitable.

Twelve states have not expanded Medicaid, even though the federal government pays a large share of that under Obamacare. Most of those 12 states are in the south, except for Wisconsin… So whenever these southern Governors, playing Darth Vader, try to lure people from the north to come and live in places like Alabama, Mississippi, Georgia, Florida, they don’t tell you about the downsides. And not expanding Medicaid is just one of many downsides.

If you write to Dr. Geyman here he will send this book to one, two or three of your chosen representatives in Congress. That is your two Senators and Representative. In your name, with your contact numbers back home, so they can’t shove it aside because it’s some Washington-based person. A personalized note asking for more than a form letter response is also recommended. 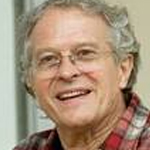 Ralf Hotchkiss is the Chief Engineer and co-founder of the non-profit social enterprise Whirlwind Wheelchair.  Since 1979 Whirlwind has worked with wheelchair riders around the world to design durable and highly functional wheelchairs that perform well on rough terrain and are built in factories that contribute to local economic development.  Mr. Hotchkiss designed the Roughrider wheelchair, which minimizes forward tipping, squeezes into small spaces, and generally helps riders navigate in inaccessible environments.  He is a MacArthur Foundation Fellow and recipient of countless other honors and awards and has worked in over sixty countries teaching people who need wheelchairs how to build and maintain them for themselves.

[Using a wheelchair before the disability rights movement] was probably like riding a bicycle was like in the 1880s. The wheelchair still hasn’t come up to the state of the art of the bicycle in the 1890s. And my first wheelchair lasted half a block. They had a crack in the sidewalk. The front wheel was bent and damaged beyond repair. The company said “no problem! We’ll give you another one just like it.” And then, of course, it didn’t last either.”

Some of our shops [are] as small as two or three people, but they still turn out over 100 chairs a year. We’re really happy to see how well it works on its own. Most of the Whirlwind Wheelchair network of builders and users is self-sufficient. It just happens on its own, once we help it get started. We provide the initial training, the initial jigs and fixtures for manufacture. Then they provide us with all the good ideas they come up with, improving on what we’ve done before. We’re so happy to steal their good ideas.

[Senator Mike Gravel] was a good testament to the old principle that the only true aging is the erosion of one’s ideals. He actually got better as he grew older. He had some pro-corporate positions as Senator from Alaska many years ago. But he became a genuine progressive and a genuine populist. 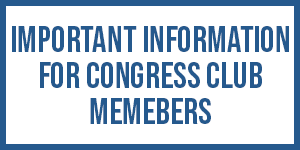