How the Right is Shredding the Vote

Ralph welcomes George Farah, author of “No Debate,” who tells us how the Commission on Presidential Debates with its secret contracts and secret sponsorships is not the non-partisan organization it appears. And board member of National Popular Vote movement, Stephen Silberstein, updates us on how close we are to reforming the Electoral College. 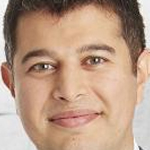 George Farah is an antitrust attorney, pro-democracy activist, and a political commentator as well as the founder and executive director of Open Debates,  a Washington-based nonprofit committed to reforming the presidential debate process. He is author of the book No Debate: How the Republican and Democratic Parties Secretly Control the Presidential Debates.

“There is no doubt when you have a Commission that is largely controlled by the two parties; and they are trying to appeal to the two major party campaigns that you’re going to get the kinds of moderators that are extremely mainstream moderators, who aren’t going to ruffle anyone’s feathers… they’re only going to address bread and butter major issues, which truly does allow for the entrenchment of the existing power structure.”

George Farah, author of “No Debate: How the Republican and Democratic Parties Secretly Control the Presidential Debates.

George Farah, author of “No Debate: How the Republican and Democratic Parties Secretly Control the Presidential Debates. 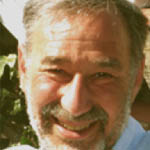 Stephen M. Silberstein founded and served as the first President of, Innovative Interfaces Inc., a leading supplier of computer software for the automation of college and city libraries. Mr. Silberstein sold his interest in the company in 2001 and now devotes his time to philanthropic and civic matters, one of which is sitting on the Board of Directors of National Popular Vote.

“Right now, with these fifteen states and the District of Columbia, we have 196 Electoral College votes. So, we’re just seventy-four votes short. Maybe another five or six states, and then it will take effect… we’re working our tails off to get it for the 2024 election. And we’re quite optimistic that with a little luck and a whole bunch of hard work, we will get there.