How the Right is Shredding the Vote 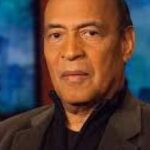 Adolph Reed Jr. is a professor of political science at University of Pennsylvania. He is a volunteer on Bernie Sanders’ presidential campaign and a co-organizer of Higher Ed for Bernie. He is the author of numerous books and articles dealing with race and class in American society and writes regularly for The New Republic as well as The Nation. He was recently featured in a New York Times article about the cancellation of his speech.

“I don’t understand how as an organizing principle we’re supposed to build the solidarities, the popular base that we need to change the society, to overcome the corrupt institutions, to undermine corporate and capitalist class dominance, if we are to start out from affirmation of all the many ways we might differ. It seems to me it makes more sense to get to where we’re trying to get to, if we start out trying to stress what we have in common.”

“Jane McAlevey, longtime organizer and now a sociologist also, makes a crucial distinction between what she calls ‘mobilizing’ and ‘organizing.’ Mobilizing comes down to marshaling the constituency that you have to do stuff. And the focus of organizing is on creating the constituency that you need through deep connections with people. Our work with the Debs-Jones-Douglass Institute in South Carolina… is focused on the premise that we don’t have the base that we need to make the change that we want. We can’t count on a sympathetic ear from the governing elites of whatever party. So, one of the objectives has to be to take the approach of connecting with people who don’t already agree with us to try to broaden the base to make the challenge.”

“Bernie was attacked from the nominal left by people who contended that his programs were not race-first enough, but somehow a corporate shill like Hillary Clinton and now even Joe Biden are considered preferable.”

“One of my concerns about Biden is that while we need to get Trump out of office, a Biden administration that limps through four more years of the same sort of wan, neoliberal crap that we had from Clinton and Obama could just pave the way for a more competent version of Trump, which is obviously more dangerous.”