Ralph welcomes back psychiatrist, Dr. Bandy Lee, for an update on Donald Trump’s pathology and a prescription for surviving it. And Tarek Milleron joins Steve and David to talk about alternatives to shopping at Amazon. Plus, listener questions! 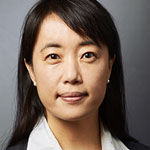 Bandy Lee is a forensic psychiatrist at Yale School of Medicine and an internationally recognized expert on violence. Dr. Lee is the President of the World Mental Health Coalition and has worked with various governments to implement violence prevention programs in prisons and the community. She edited the book The Dangerous Case of Donald Trump: 27 Psychiatrists and Mental Health Experts Assess a President. Dr. Lee launched her own website, bandylee.com, which features an interview with Dr. Mary Trump.

“The President’s mental disturbances are just too great for him to ever manage the pandemic properly.”

“We don’t think of mental symptoms as being contagious, but in fact they could be more contagious, in certain instances, than infectious diseases, like the coronavirus. It is because you don’t require physical contact. You only need emotional bonds and continued exposure.” 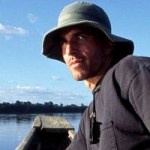 Tarek Milleron learned at the feet of the master how to be an intelligent consumer. And like his uncle, Ralph, he has some very strong feelings about Amazon. He avoids using Amazon. We’ve invited him on to give all of us some tips on how to do this.

“This is such a weird year. In our own household we use Walmart online, and we think we’re being progressive. We’re pushing back against The Man. We’re using Walmart.”