Dancing in the Wonder

Toxic Avenger extraordinaire, Walter Hang, joins us to talk about how they outlawed fracking in New York State, why Big Green groups have failed to stop Donald Trump’s anti-environment agenda, and the most effective ways to generate lasting change. Plus, Ralph comments on the Mueller Report and the Boeing Max 8. 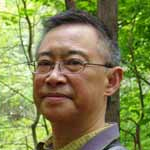 Walter Hang is the founder of Toxics Targeting, an environmental consulting firm in Ithaca, NY that helps people understand toxic sites through New York State. He produces all sorts of data, maps, reports, and publishes research with his team to help engineers, environmental consulting firms, drinking water suppliers, and homebuyers to investigate toxic hazard concerns. Walter and his company were instrumental in the fight to ban fracking from New York State. Plus, Ralph comments on the Mueller Report and Boeing.

“Natural Resources Defense Council, Environmental Defense Fund, Sierra Club, Nature Conservancy… These groups get billions of dollars from their members, because they promise the moon and the stars: ‘We’re fighting tooth and nail;’ ‘We’re battling President Trump;’ ‘We’re making sure that climate change is being addressed.’ And the truth of the matter is, they take all the money, they have splendiferous offices, they have lots of staff, but they’re not fighters anymore. And the bottom line is, they’re not effective.” Walter Hang, founder of Toxics Targeting