Ralph talks to founder of Ballot Access News, Richard Winger, about among other things, eliminating the Electoral College and the need for Federal ballot access laws. And Jerome Segal, founder of the Jewish Peace Lobby talks AIPAC and Netanyahu’s plans after his re-election. 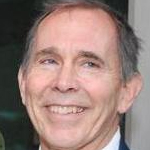 Richard Winger is an advocate for more equitable laws allowing access to the ballot for minor parties. Winger has testified on behalf of these issues in court cases across the country and has been published in journals ranging from the Journal of Election Law to the Fordham Urban Law Review. In 1985 he began publishing Ballot Access News, the national monthly newsletter covering developments in ballot access law and third parties in general.

“We made huge gains in 2016, 2017, and 2018, but I’m sorry to say this year there’s thirteen states where legislators have introduced bills to make the ballot access laws worse. And three of them have already passed. It’s a bad year in the legislatures. When there’s a lot of unhappiness in the country, the ballot access laws generally get worse. When people are sort of in a good mood, like in the late 1990s, they get better.” Richard Winger, founder of Ballot Access News 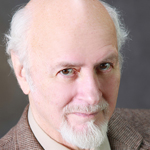 Jerome Segal is a Senior Research Scholar at the Center for International and Strategic Studies as well as a Research Scholar at the Institute for Philosophy and Public Policy at the University of Maryland. In addition, he is President and founder of The Jewish Peace Lobby. He is the author of “Graceful Simplicity: The Philosophy and Politics of an Alternate American Dream.”