Can Music Change The World?

Hope From The Heartland/Robot Lawyer

Who Controls the World’s Wealth?

Ralph asks scholar, Richard Falk, about how and why international law seems to not work for peace and security issues. And author, Peter Philips reveals the handful of people who control the world’s wealth. 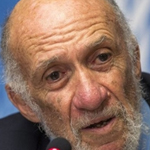 Richard Falk is professor Emeritus of International Law at Princeton University and Visiting Distinguished Professor in Global and International Studies at the University of California, Santa Barbara. Professor Falk is the former United Nations Human Rights Rapporteur in the Occupied Territories and the author of many books, including “Chaos and Counterrevolution: After the Arab Spring.”

“There’s been this double standard throughout. A Mexican delegate, when the U.N. was first established, said, ‘We’ve created an organization where we hold the mice accountable while the tigers roam free.’ And there’s a lot of truth to that. “ Professor Richard Falk, professor Emeritus of International Law at Princeton University 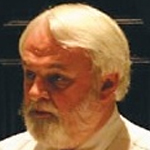 Peter Phillips is a Professor of Political Sociology at Sonoma State University and former Director of Project Censored and former President of Media Freedom Foundation.  He has written or co-written a number of books about politics and media. His most recent book is “Giants: The Global Power Elite.”

They (the global power elite) want to buy up anything they can get a return on. That could be freeways. It could be universities. It could be water rights, globally. So, they’re trying to buy up the public domain. That’s one way of using excess capital. And the other way of using excess capital is permanent war. So, we’re preparing for war. We’re engaged in war. The U.S. military empire and NATO have troops all over the world – 800 bases – and that’s using up capital that they get a return on.” Peter Philips, author of Giants: The Global Power Elite