Traitors to Their Class

Why Was It So Effing Close?

David Dayen, executive editor of The American Prospect, joins Ralph to give us his insights into why the Democrats did not landslide the Republican Party of Donald Trump. And attorney Leonard Goodman of the Chicago Reader reveals why the Democrats did very little to stop the confirmation of Amy Coney Barrett. 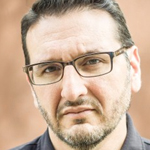 David Dayen is the executive editor of The American Prospect, an independent political magazine, that aims to advance liberal and progressive goals through reporting, analysis and debate. His work has appeared in The Intercept, HuffPost, The Washington Post and more. On his previous appearance on the show we discussed his book Chain of Title: How Three Ordinary Americans Uncovered Wall Street’s Great Foreclosure Fraud. Mr. Dayen’s most recent book is titled Monopolized: Life in the Age of Corporate Power, which was released in July of this year.

David Dayen, author of Monopolized: Life in the Age of Corporate Power

“They just lit money on fire. Consultants got very rich off of this doomed set of [Senate] campaigns.”

David Dayen, author of Monopolized: Life in the Age of Corporate Power

“The Republicans give the Democrats about twelve arrows for their quivers and they use about three.” 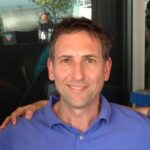 Leonard Goodman is a Chicago criminal defense attorney and a co-owner of The Chicago Reader. As an attorney, Mr. Goodman has built a successful practice representing many defendants who would otherwise not receive fair representation. He represents fifteen to thirty percent of his clients pro-bono. Mr. Goodman also writes regularly for The Chicago Reader, including a recent piece entitled “The real reason Democrats didn’t stop the Barrett confirmation”.

“The donors clearly were fine with having a Justice [Amy Coney] Barrett. You know we supposedly live in a representative democracy, but it’s pretty clear, we have two corporate parties that are both playing to their donors and trying to enact policies that will satisfy the donors.”